The objective of this demo is to show the working of a virtual access point as a potential candidate for virtualization of the wireless ORBIT testbed. In this demo three clients are connected to the virtual access point with different essids ie different VLANS. Two clients perform file transfers using simple traffic generators and the third flow comprises of a video streaming. The offered load of the traffic generators in the first two flows is increased gradually and its effect on the quality of the video as a part of the third flow is shown. Once the quality of the video falls enough to make it unsatisfactory, traffic shaping using Click Modular Router is done at the virtual access point. This limits the traffic of the first two flows allowing sufficient bandwidth to restore the video quality. 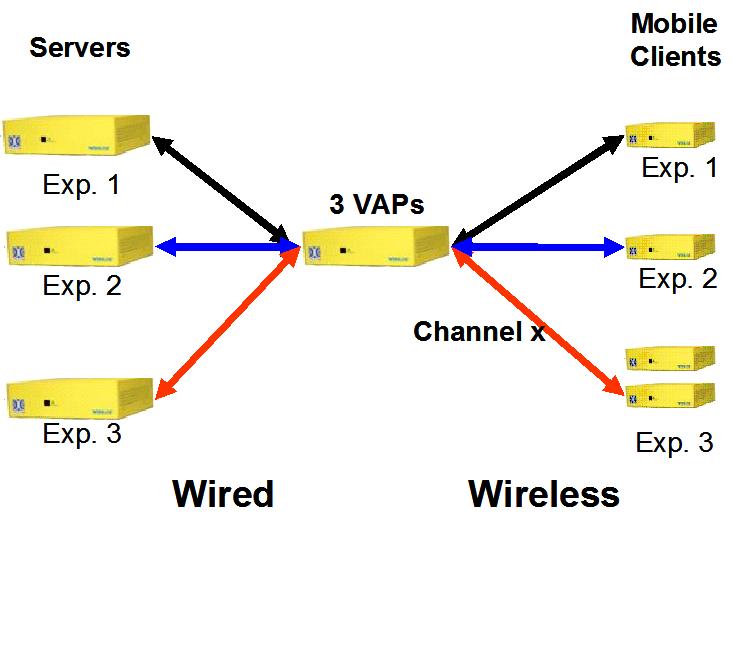 This will run the VAP modified nodeHandler and start the experiment.

The graph for the other data flows can be viewed at ​http://console.grid.orbit-lab.org:4000/orbit?rcvd_pkt_size_sample_sum