This document is not meant to be a complete tutorial on GNU Radio, but a starting point on using GNU Radio on Orbit Sandbox.

Before you jump into GNU Radio on Orbit, you should have a clear picture on what GNU Radio is. An excellent starting reading material is Eric Blossom’s Exploring GNU Radio:​http://www.gnu.org/software/gnuradio/doc/exploring-gnuradio.html. Eric is the founder of the whole GNU Radio project. Make sure you understand the data flow paths, including the receive path and the transmit path, understand the role that the USRP (Universal Software Radio Peripheral) plays. USRP is a flexible USB device that connects the PC to the RF world. USRP has one motherboard, which connected to the PC via USB 2.0 and can support up to four daughterboard. Each daughterboard has RF ends that can either transmit or receive waveform from the air. There are different types of daughterboard supporting a variety radio range, e.g. for example, Flex400 supports both transmit and receive in the frequency band 400MHz to 500 Mhz. You need to refresh your memory on the sample theory (Nyquist interval).

To create GNU Radio scripts, you need to build a radio by creating a graph (as in graph theory) where the vertices are signal processing blocks and the edges represent the data flow between them. The signal processing blocks are implemented in C++. The graphs are constructed and run in Python. If you are not familiar with C++ or Python, find a tutorial online and learn it.

What is Sandbox5 on Orbit-Lab?

Sandbox5 consists of two nodes, i.e. node1-1 and node1-2. Each individual node is connected to one Gnuradio motherboard, and each motherboard in turn has two BasicRX and two BasicTX mounted on it, as show in the following picture.

To load the nodes with the right image:

gnuradio-3.3.0.ndz is the latest version and both the usrp and digital tx/rx tests have passed.

This basic example illustrates a simple sine wave transmitter and receiver. In order to run it, copy usrp_siggen_multiple_sine.py​ script to node1-1 (in this case node1-1 will be the transmitter) and usrp1_rx_cfile.py​ to node1-2 (in this case the receiver): 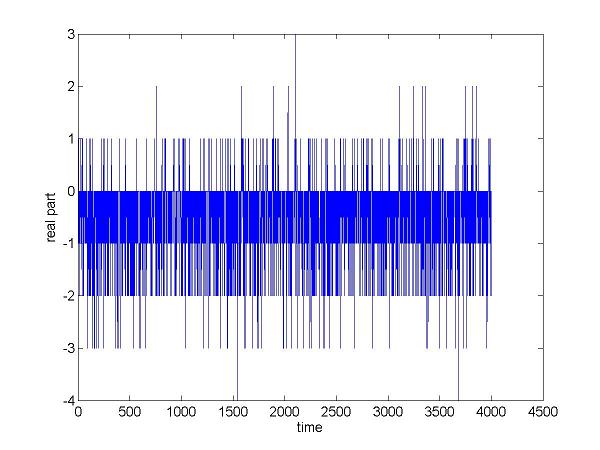 At the receiver node1-2:

Using the matlab script ​plotall('rx_1m.dat'), you can get the following figure: 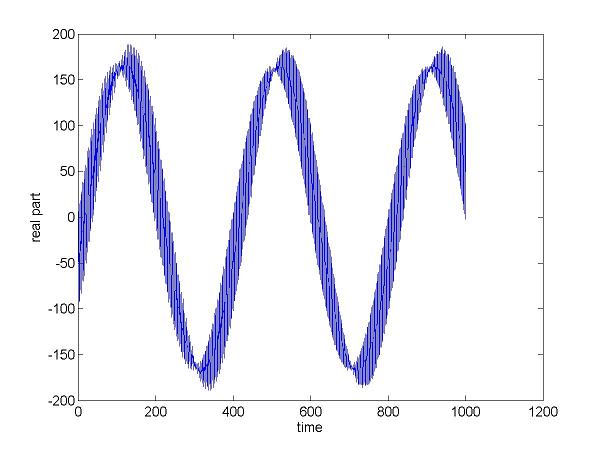 What we observe in the above plot is not a perfect sine wave. There are some high frequency components around the 10KHz sine wave. This is because that we set the target frequency as 1MHz, which is out of the working range of BasicRX and BasicTX. Recall that the working range of BasicRX and BasicTX is from 2MHz to 200MHz+. Now let’s try to set the correct frequency.

At the receiver node1-2:

The resulting plot is : 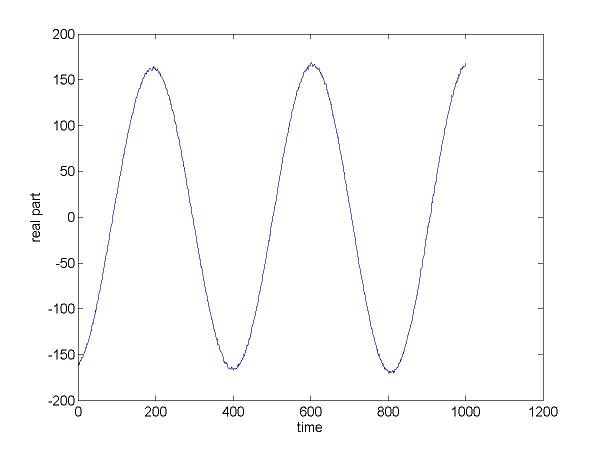 This time the received sine wave is indeed a regular sine wave.

Before you try these examples, you should have imaged nodes on sandbox 5 using gnuradio_visual.ndz OR manually installed x-window-system and wx-python on the node. Also be sure to have an x-server running on the local machine:

and make sure to use -X option when logging to the node with GNU radio:

In the previous example, the received signal could only be viewed after it has been moved onto a machine running plotting software. With visual outputs, the researcher can analyze transmitted and received waveforms in real-time.

Some interesting visual applications included with the gnuradio software:

They can be found in gnuradio/gnuradio-examples/python/usrp directory. 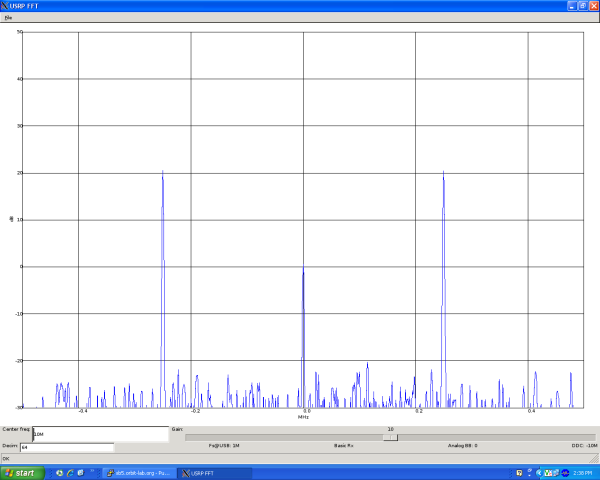 In order to use the GNU Radio Companion (GRC), you can run it with the

command, assuming the -X option was enabled. To run the GRC directly from a host Linux console, try running the following command:

if you intend to get the NAS client software from the ORBIT APT respository.

and run nasd on the machine with the sound making device. Start nas daemon on the local machine:

or configure nasd.conf like a sane person and run it from init.d. Make sure sshd is running as well.

If you're using a console in the ORBIT control room, you may find you can reach the console from the node on port 22, but not on port 8000. In this case start an ssh tunnel and set the AUDIOSERVER shell environment variable as follows.

(<user> is probably 'native' and <control room console> is probably '10.50.0.61'.) On the off chance you can actually get to port 8000, you can simply set the environment variable to the machine with sound.

Now run auinfo (client) on the node. There should be an output describing all potential audio outputs on the local machine running nasd. You can also try "auplay FILE" to actually play sounds remotely.