The APIs are primarily classified as:

User exposed APIs are those that will be available to slice users for allowing experiment configuration and permitting smooth automated experimentation. This API will allow the users of a virtualized system to have a standard interface for common activities while being independent of the technology used underneath. An example could be, that irrespective of the virtualization technology used to create virtual machines (KVM, OpenVZ or Xen), all standard API calls will allow the user to work oblivious to the underlying details. Slice management APIs allow the user to configure slice parameters such as settings of the VM. Radio resource management (RRM) parameters allow the user to monitor radio level information such as per client MCS.

The API specification is classified based on functionality. Each category of APIs has both:

A sample usage of the API for experiment setup is as shown in the Figure below. 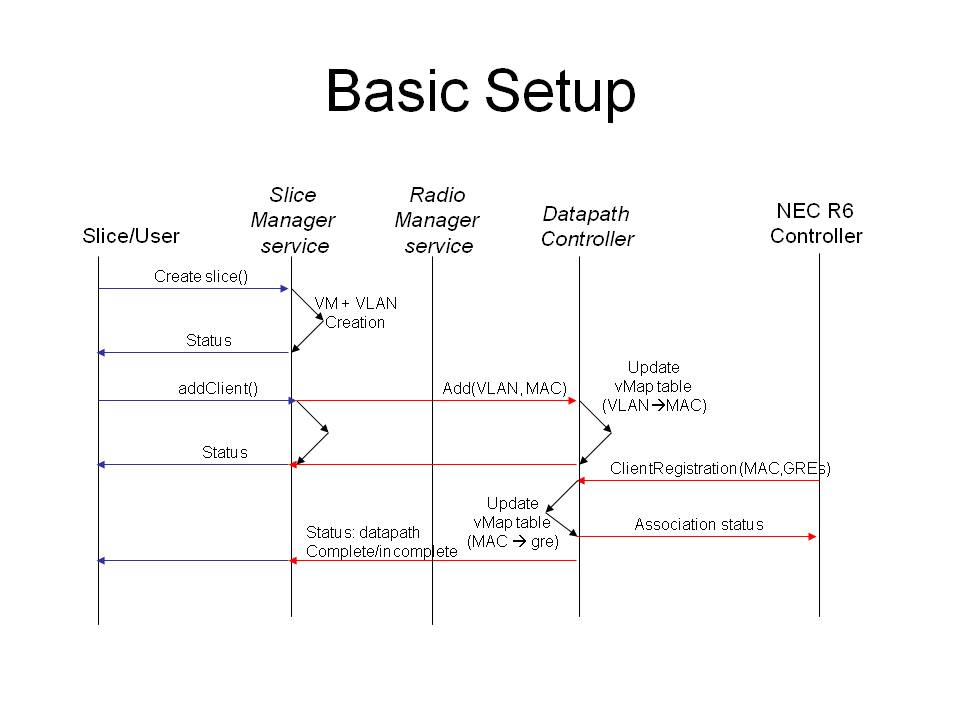 As shown in the figure, the most basic tasks involve two operations:

On the completion of these two API and after the client registers with the system, the slice manager service should inform the Slice that the datapath setup is complete. Completion of the datapath setup indicates that there is a L2 link from the slice virtual machine to the mobile client. The addclient() API has an optional service class parameter that the user can specify. If the user does not specify the service class id, a default service class is allocated that has a single best effort type of service flow. After this sequence is complete, the user can direct traffic to the local virtual interface in the VM with the appropriate MAC address, and traffic will be automatically sent to the correct wireless client.

To demonstrate how the user could possibly create custom service classes we show an example of how system components will interact in the Figure below. 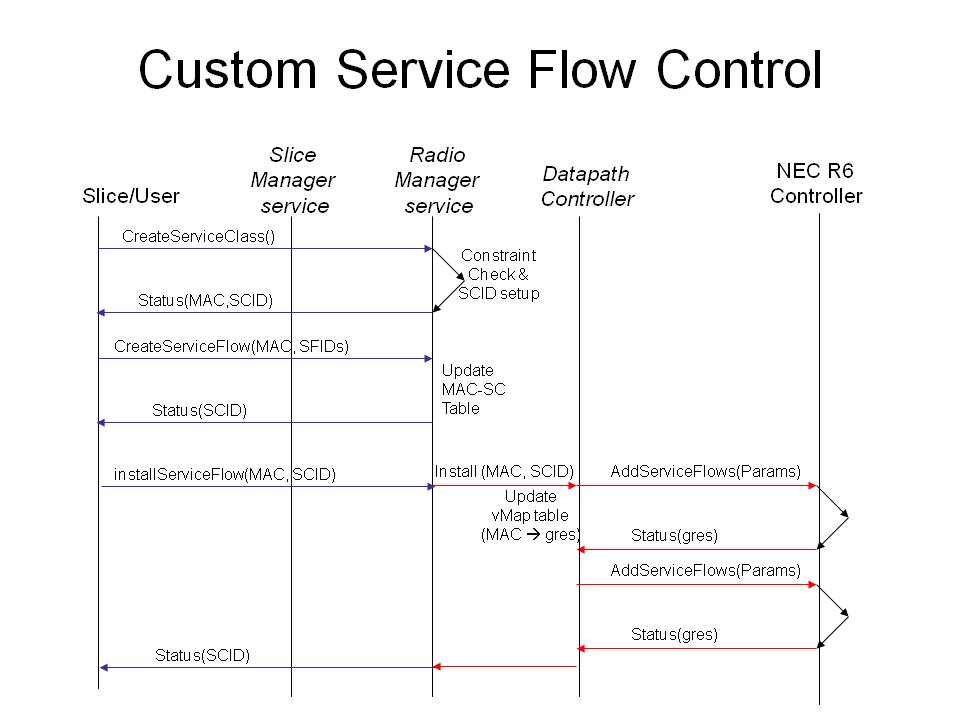